The church of S. Anna, the second oldest church in the village, the historic town center of Maratea according to tradition, is associated with a legend that mixes history and faith.
It is said that the small church of the Casaletto district, originally a small chapel of the fourteenth century, had fallen into ruin over the centuries.
In the nineteenth century, the Virgallite sisters of St. Chirico Raparo, both nuns of the Convent of the Rosary, received in prayer the prayer of St. Anne, who asked the people of Maratea to renew their devotion to her, by restoring her chapel.
The sisters, the following morning, communicated their dream to Giuseppe Ciciararo known as "il Cantore", who spent every day under the window of their cell to go to his farm.
The "Cantore" immediately began to spread the desire of St. Anne, and the people of Maratea, in a short time, gave Ciciararo a large amount of alms that allowed not only to fix the chapel, but to make it become the current church.
Even today we can read, under the other major, the dedication of devotion of the Ciciararo dated 1846. 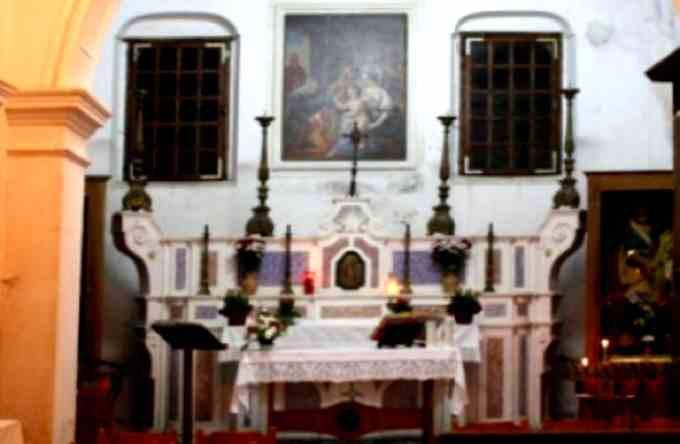 The small church of Sant 'Anna in Maratea preserves a beautiful painting of the Holy Family, by L. Fiumarelli of 1862, and two sculptural groups.
The first represents S. Anna and the Madonna and the second S. Gioacchino and the Madonna, both 19th century.
On the left side is a picture of the Trinity and the Evagelists.

Visit  the  Church of Sant' Anna

To reach the Church:
Pedestrian zone; leave the car in one of the car parks of the Historic Center and continue on foot.
BASILICA SANTUARIO PONTIFICIO DI SAN BIAGIO