The church of Sant 'Antonio in Maratea, built in 1615, is part of a convent occupied by the Capuchin friars until 1866, located at the gates of the village, the historic center of Maratea.
Today the Convent is home to the Operations Center of the Superintendency of Cultural Heritage. 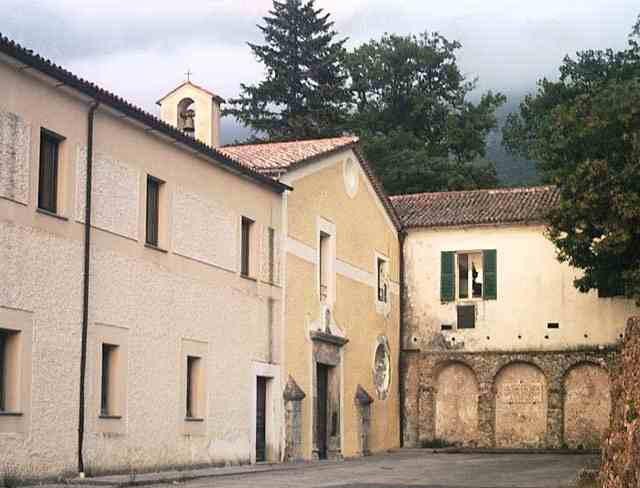 The interior of the Church of Sant'Antonio in Maratea consists of a nave, simply decorated, with a side aisle to the right, which houses three marble altars.
The other aisle, the left one, has been eliminated in the past centuries to create a new corridor in the convent.
On the dividing wall of the church of Sant 'Antonio in Maratea we can see the wooden statue of S. Rocco, of the XVIII century, a saint very revered in Basilicata.
The central nave is dominated by the large altarpiece, a polyptych the seventeenth century wood, which represents, in the central painting, S. Antonio Abate and S. Antonio di Padova in adoration of the Madonna in glory, side by side, in the side canvases from the figures of St. Rose, St. Clare, St. Dominic, St. Francis, St. Augustine, St. Michael the Archangel, to which the Eternal Father is added, in a painting at the top.
The complex, together with the high altar in black marble, is one of the strengths of the Maratea's artistic panorama.

Visit the Church of Sant'Antonio

To reach the Church:
Leave your car in the parking lot of Piazzale Padre Pio [Address to be entered in the navigator] and continue on foot.