Other Churches in Maratea

The (so-called) Minor Churches of Maratea

Other small churches, not lacking in artistic works, are present in every corner of the municipal territory of Maratea.

The lovely church of Gesù, built in the twentieth century by Count Stefano Rivetti in the Fiumicello - Santavenere district, houses a valuable high altar with a 16th century gold tabernacle and a wooden statue of the Madonna delle Grazie, protector of the village, XVIII-XIX century. 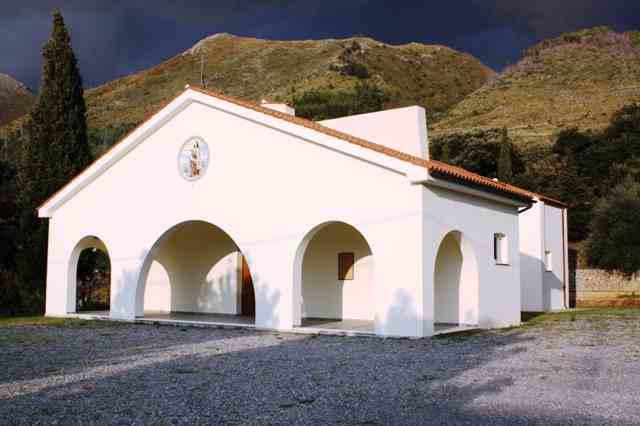 Church of Santa Teresa in Marina

The small church of St. Teresa of Avila, erected in 1958 as a repetition of the ancient patronal church of the Marina district destroyed by the doubling of the railway track, preserves inside four painted wooden statues, including a valuable St. Teresa d'Avila from the 18th century, from the Neapolitan school.

The Church of the Immaculate Heart of Mary, built in 1992 in the village of Castrocucco, presents a typically modern architecture.
The interior features numerous painted wooden statues, including a S. Lucia and a S. Pio. Remarkable is also the tabernacle, worked in iron, above which is a copy of the Last Supper by Domenico Ghilandaio.
The small church of S. Caterina d'Alessandria, located in the heart of the hamlet of the same name, preserves a high altar in white marble and polychrome marble of the nineteenth century, and a statue of the saint, in painted wood, from 1902.
The lovely church of the Madonna della Mercede, of the late nineteenth century, patronal of the hamlet Brefaro, has a small nave with a large altar in polychrome marble, decorated with some wooden statues, including a Jesus Shepherd and St. Nicholas of Bari.
The small hermitage of the Madonna della Pietà is located on the ridge of Mount S. Biagio overlooking the Contrada Filocaio, where it is distinguished by its milky white color.
Another emblem of the ascetic monasticism of the Byzantine era, it was restored in 1808 in poor baroque style.
Inside there is a bas-relief of the Pietà of 1810.
BASILICA SANTUARIO PONTIFICIO DI SAN BIAGIO